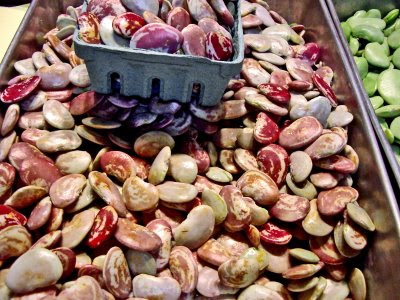 I've been cooking up peppers and onions (with some sliced garlic thrown in) like mad the last week or so. Just love the combination, especially with red meat (so far I've served them with those Delmonico steaks, burgers and bratwursts) though it works well with heartier fishes as well as on its own. Today I picked up some sweet red frying peppers from Benuel, but last week I used very flavorful Cubanelles from the Fair Food Farmstand.
Posted by Bob Libkind at 3:09 PM