The redesigned information booth opened last week to greet visitors at the Reading Terminal Market. A mural of the terminal's head house and train shed, as they appeared in 1893 when both opened, provides the main visual interest, from a lithograph published by George Moore & Co. of New York.

As far as Segal and other information booth volunteers are concerned, the best features relate to their comfort. There's an electrical outlet under so a portable heater can be used, since the booth's position by the 12th Street entrance near Filbert can be quite cold in the winter. A glass plate helps screen at least some of the cold wind when the doors open.
Posted by Bob Libkind at 2:29 PM No comments: 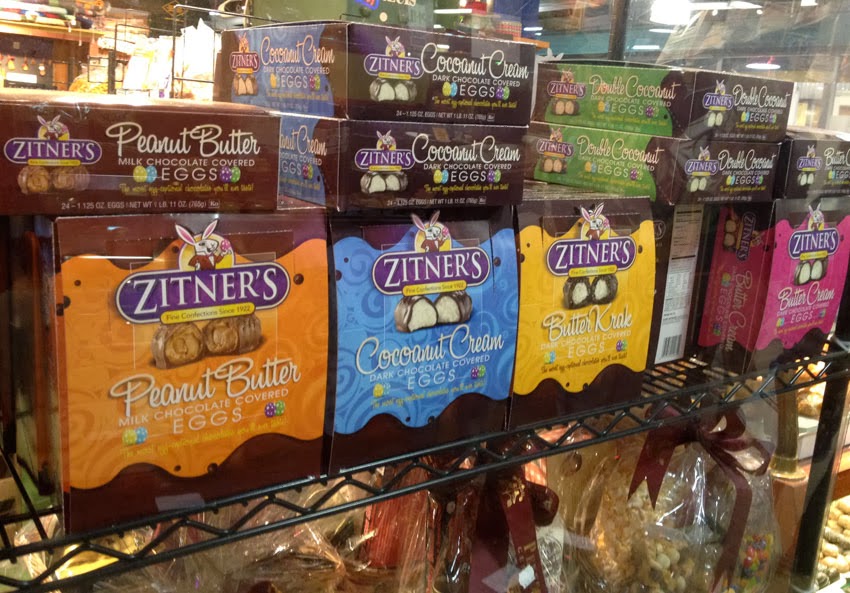 Beyond today's balmy temperatures there's another sign of spring: stores are stocking Easter candy. Here's the Zitner's selection at the Pennsylvania General Store at the Reading Terminal Market.
Posted by Bob Libkind at 12:51 PM No comments:


It's soup weather, an ideal vehicle for that sturdiest of winter vegetables: cabbage. It's cheap, easy to prep, nutritious and satisfying.

First, let's deal with price. At the Reading Terminal Market today OK Lee had a special on green cabbage, 39 cents a pound -- half the price Iovine Brothers was charging, although even at 79 cents cabbage will hardly bust a budget. (Red and savoy cabbages are a tad more expensive: this week they were 99 cents at Iovine.)

I found a small cabbage weighing in at a pound and a half (most heads of green cabbage are between two and three pounds) and decided an Eastern European style soup was the way to go. I found lots of recipes on the web, and they were fairly similar, but the one I settled upon -- with two significant tweaks -- is attributed to Mel Markon's, a defunct Jewish deli in Chicago with a credit to the recipe's original appearance in the December 1980 issue of Gourmet magazine.

In addition to scaling the recipe down from a three pound head of cabbage, I took advantage of some homemade Hungarian sausages made by a neighbor's father in Budapest and smuggled back here about four or five years ago. Yes, the sausage is that old, but I've been using it as a flavoring agent in soups and stews and have lived to tell the tale. It replaces the sweet paprika called for in the sausage-less original recipe (find it here), but you could use smoked paprika instead.

My second tweak beyond the sausage was to add some barrel sauerkraut lurking in the back of my fridge. I used about a cup, rinsed, because that's all I had. If I had a quart, I would have used it all.

The most expensive part of the recipe is the meat, since it calls for one and a half pounds of short ribs; I used a little over a pound since I was dealing with a lesser quantity of cabbage.

Start by putting 12 cups of water in your stock or soup pot, then adding the beef before turning the heat to medium high. Once the water starts bubbling, cut back the heat to maintain a steady but minimal simmer. Do not add salt or any other seasoning at this point. When the meat is tender (which might take about an hour) remove it to a platter and let it cool. Make sure to skim the surface of the stock as it cooks to remove scum, and after removing the meat also skim off any fat globules you can find on the surface. (If you wind up boiling rather than simmering the broth, the fat will be emulsified into it, and that's yucky.)

While the meat simmered I attacked the cabbage. After discarding the outer leaves and coring the cabbage I cut it into roughly one-inch pieces. A medium onion got the same treatment. Although the recipe doesn't call for it I added half of an exceedingly large carrot (about one medium carrot) cut into slightly smaller than spoon-sized chunks.

Next, remove the meat from the bone and cut away any identifiable unrendered fat and gristle, then cut the meat into small bits, half-inch at the most.

Take the meat and veggies and add them to the pot, along with three-quarters of a cup of ketchup, a cup of chopped, drained canned tomatoes, a quarter cup of sugar, and a quarter cup of lemon juice (cider or white vinegar could be used in a pinch). If you are fortunate enough to have Hungarian sausage (a Spanish chorizo or Portuguese chouriço would also work) chop up about two ounces worth and add it to the pot. With sausage there's no need for additional seasonings. If you have no suitable sausage go with four or five teaspoons of paprika, plus salt to taste.

The soup should gently simmer (only the barest of bubbles should break on the surface) for 30 to 60 minutes. But don't be tempted to cook longer: overcooking is what leads to cabbage emitting a sulfurous and off-putting odor.

Like many soups and braises it improves with an overnight stay in the refrigerator, which will also allow you to remove congealed fat that might accumulate on top. I froze about half of it and have been enjoyably consuming the remainder. With a slice of good rye bread or pumpernickel and sweet butter you've got yourself a great meal.

Posted by Bob Libkind at 6:02 PM No comments:

The revamped website for the Reading Terminal Market went live last week. While there are plenty of tweaks still needed and the overall organizational structure of the site isn't ideal, it's a far sight better than the previous iteration, which was not updated as merchants were added.

The most important improvement (beyond the fact that the merchant list is up to date) is that the site is mobile-friendly.

Another addition is the ability to search for a product and determine which vendors sell it. Though useful, this function is hardly perfect, since it depends upon each merchant keeping the market informed of its product line, and the market updating the database. For example, search for "chocolates" and you'll be told to try the Pennsylvania General Store and Wursthaus Schmitz, but not Sweet as Fudge or Chocolates by Mueller. But search "chocolate" and you won't get the first two although you'll get the latter two, as well as Famous 4th Street Cookie and Old City Coffee. Go figure.

Just like the old site, you can read the market's Mission Statement and Operating Policy Guidelines. But good luck finding them. The logical place would be under the "About the Market" menu heading, but that item is filled with directions and parking info along with a link to pages about the market's history. Instead, if you want to read the Mission Statement and OPG you have to click on "Contacts" where there are further links to those two items. Hardly logical or user friendly.

Posted by Bob Libkind at 1:20 PM No comments: 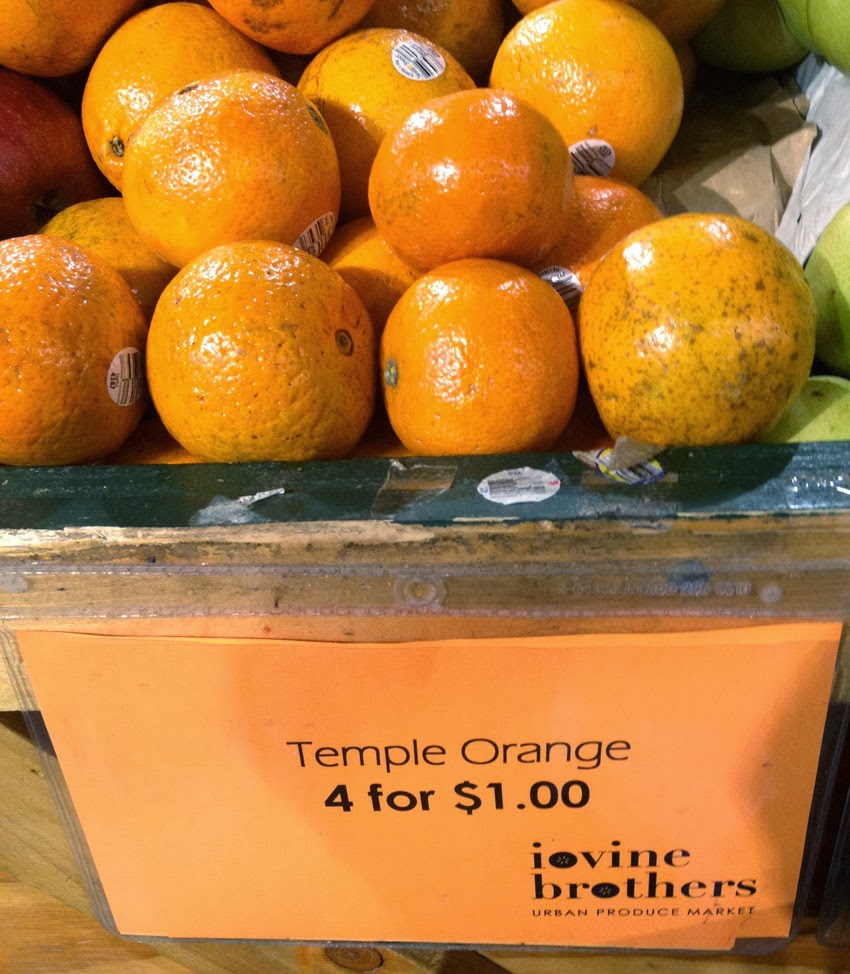 Posted by Bob Libkind at 6:03 PM No comments: