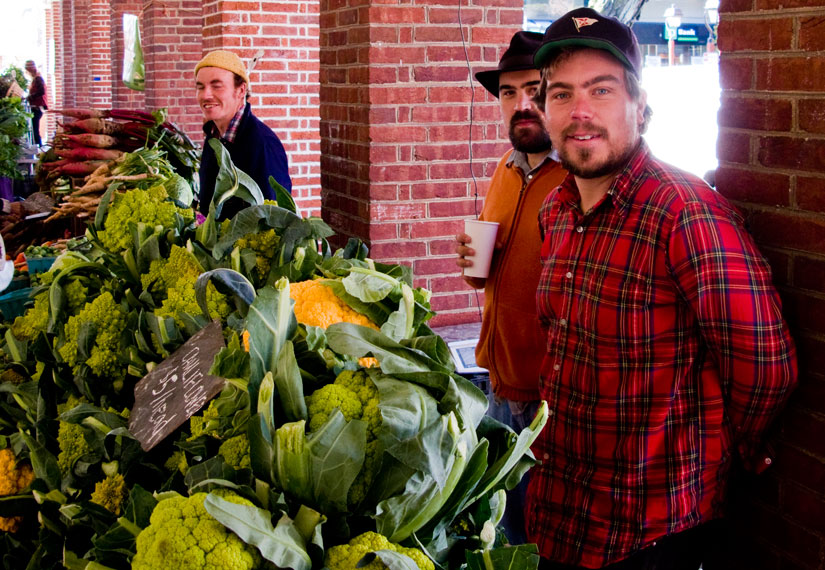 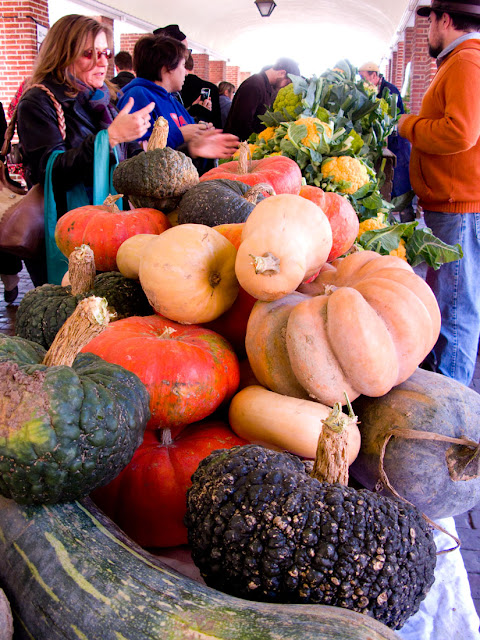 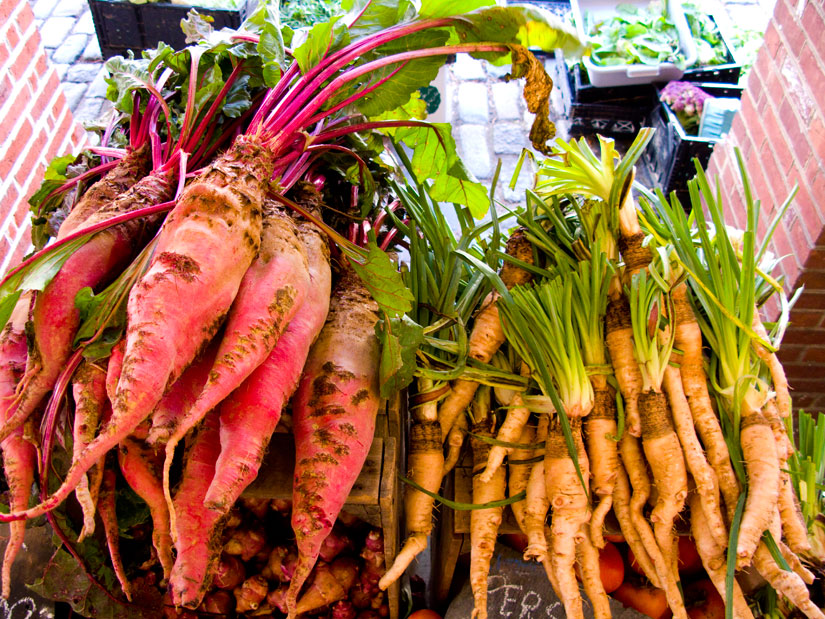 About 20 vendors are expected to continue to sell at the Headhouse Square Farmers' Market on Sundays until Christmas, according to Katie Wich, who manages the market for the Food Trust.

Griggstown Quail Farm was at the market today, but it might be their last showing until next year. In the meantime, many of their products are available at the Fair Food Farmstand at the Reading Terminal Market.
Posted by Bob Libkind at 12:12 PM No comments: 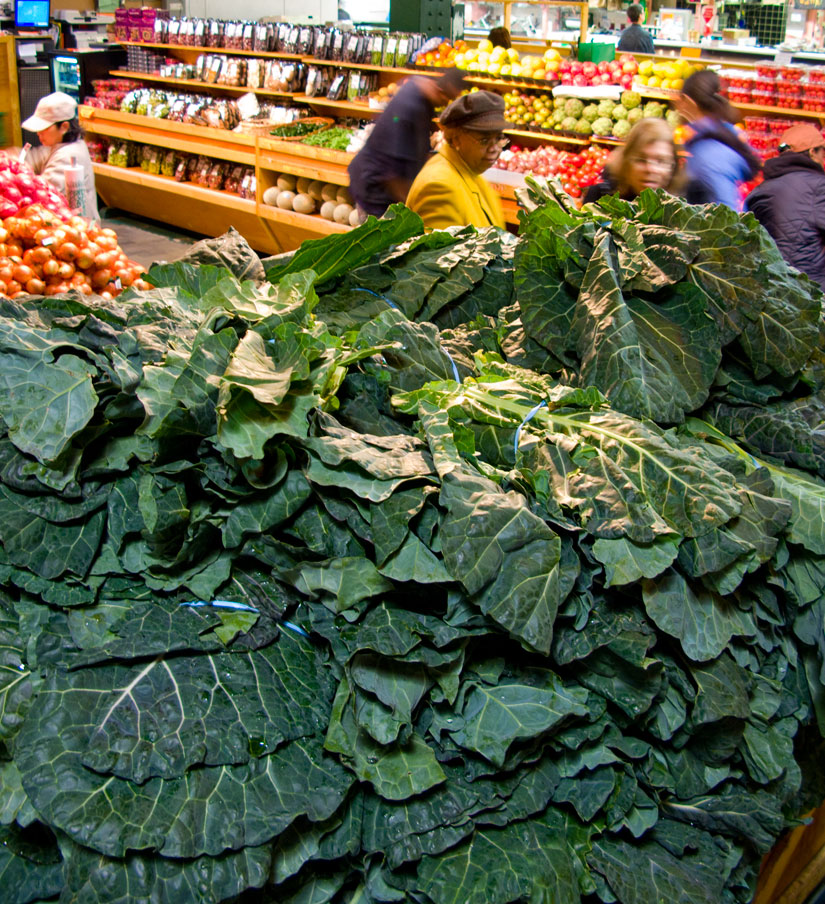 A few of the Pennsylvania Dutch merchants at the Reading Terminal Market have increased the number of days they are at the market beyond the Wednesday-to-Saturday schedule that seems to have gone on forever.

It started with Moses Smucker proprietor of Smuckers Quality Meats and The Grill at Smuckers, who opens on Tuesdays. More recently, Hatville Deli and L. Halteman have added Tuesday hours. Roger Miller, proprietor of Miller's Twist, plans to go to a Monday-Saturday operation starting Jan. 3, although he won't be open for breakfast on the additional days.

Miller said the forthcoming opening of the Convention Center expansion prompted him to expand the schedule.

Smucker's move to Tuesday demonstrated to other Mennonite merchants that there are profits to be reaped on that day of the week.

Paul Steinke, the RTM's general manager, said he's been told that another reason is the desire on the part of at least one Amish merchant to provide additional employment opportunity for his community, which has felt the recession just like the rest of us.

Could this be a start of a new trend, as a younger generation of Pennsylvania Dutch merchants make their presence felt at the market?
Posted by Bob Libkind at 5:06 PM No comments: 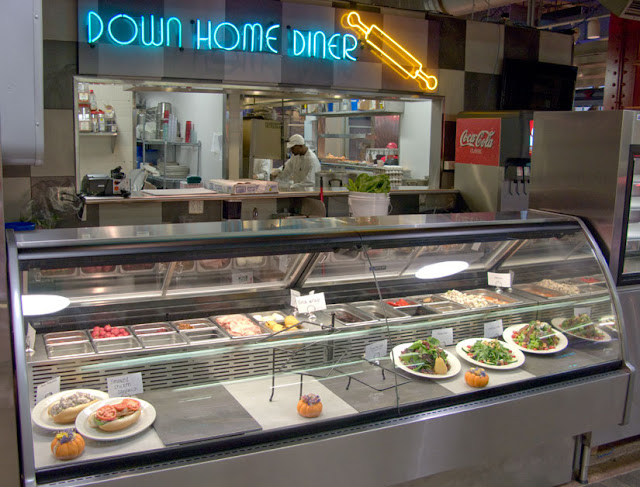 With his recent rehab of the Down Home Diner, Jack McDavid may have cut back slightly on his seating. But he probably created more business opportunity by carving out a take-away counter along the Reading Terminal Market's "Second Street" aisle.

In addition to sandwiches, salads and everything else on the diner's menu, McDavid added cheese steak to his offerings. I tried it last Monday. Although a disappointment, it shows potential, so I'll try it again in a few weeks.

The meat was quite different from the standard rib eye most steakeries serve. Although I didn't ask, it appeared to be a flank steak, which is all to the good. Unfortunately, it was considerably overcooked to the point of dryness. But the meat had excellent flavor, with a lot more beefiness than other cheese steaks I've consumed.

It's got the potential to be right up their with my favorite steak sandwich. That was at Syd's, now closed, in Union, N.J. It didn't pretend to be a Philly cheese steak. As I recall, it was skirt steak char broiled and served with garlic-infused cooked onions on an Italian roll with a bit more crusty bite than the typical hoagie roll. Basically, it was a Jewish Romanian steak on a bun.
Posted by Bob Libkind at 4:52 PM No comments: 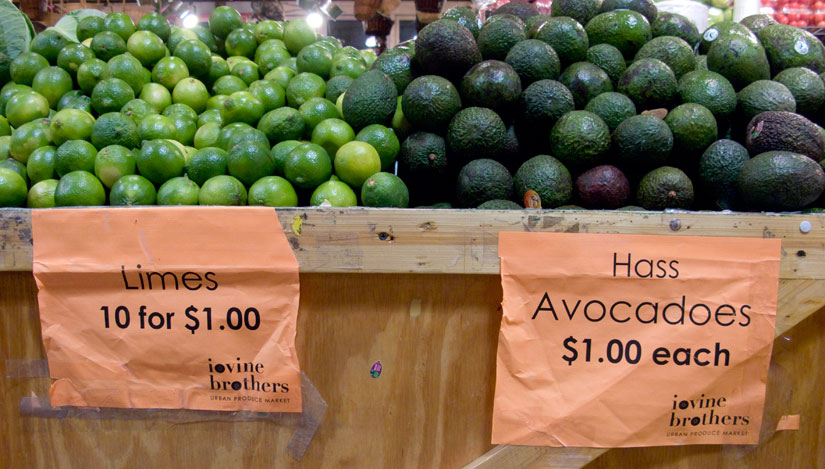 I know we're in the heart of the gridiron season when Iovine Brothers' Produce features good prices on both limes and avocados. The avocados come from the Dominican Republic, the limes from Mexico.

Iovine's manager Charlie Gangloff was marvelling at the amount of collard greens they sell. During the week before and week of Thanksgiving last year they sold 90 cases, at 20-25 pounds per case. And that's not even counting the kale or mustard green. The collards mostly come from Richardson's Farm in Maryland, located about 15 miles northeast of Baltimore, and Gangloff said greens buyers love them because the stems are relatively small.

Iovine's also reports that California produce is becoming pricier; Charlie isn't sure they'll be able to hold the $1.99/pound price on green beans, a Turkey Day fav. He suggests considering asparagus. The produce guy was also gushing about the excellence of the honeydew melons; the canteloupes are good, too, he said, but very pricey. So the pre-mixed fruit containers sold in Iovine's refrigerator case is low in lopes, high in dews.
Posted by Bob Libkind at 4:35 PM No comments:

Irish Pub for Iovine's at Terminal

An Irish pub in the Reading Terminal Market? Owned by two guys whose names end in vowels?

Sure, why not? Especially when they're half-Irish.

Jim and Vin Iovine, proprietors of Iovine Brothers Produce, plan to take over the Beer Garden from Anthony Novelli, now in his early 80s, once their license comes through. They'll use their mom's maiden name for the establishment: Molly Molloy's. (Not Molly Maguire's, as reported by Michael Klein.)

They are particularly looking forward to obtaining a variance which will allow you buy beer and then carry it off to Center Court to enjoy with your lunch or snack from any of the market vendors. Right now. consumption is limited to "on premises," which means within the confines of the Beer Garden.

Jim Iovine said they plan a 20-tap bar featuring craft beers, as well as a big bottle selection. Under Novelli, the Beer Garden has pretty much stuck to the products of the big brewers. (And don't tell me Boston Brewing, i.e., Sam Adams, is not a big brewer; Boston is now the largest brewery in the U.S. under domestic ownership.) They'll have a full liquor license, so it won't be just beer. An expert mixlogist will be on staff for the cocktail-inclined, and the wine selection will be upgraded.

Getting the variance to allow consumption of beer elsewhere in the Reading Terminal Market is worth more to them than being open late into the evening, which isn't in the cards. Jim figures he can sell a lot more beer that way than through extended hours. Especially during Flower Show week when horticulturally-handicapped hubbies head to the terminal for a gustatory respite.

Iovine said while they would like to be open when the auto show opens in late January, early February may be a more realistic timeframe.

And although you'll be able to take your beer to Center Court if all goes as planned, the Iovines hope to entice you to stay with a new kitchen, under the culinary guidance of Bobby Fisher who cooked for the Iovines when they provided the food service at the Bala Golf Club.

Even with the addition of a kitchen, the Beer Garden will feature additional seating. The RTM has granted them permission to expand by taking over what is now public seating space behind the Beer Garden. The expansion will complement the market's redesign of Avenue D to provide modernized and expanded rest rooms as well as additional leaseable space.
Posted by Bob Libkind at 3:23 PM 3 comments: