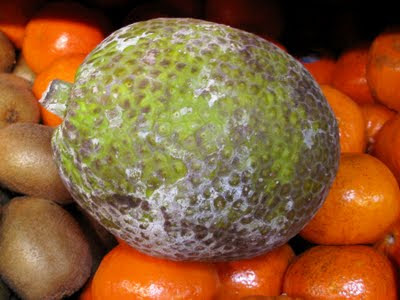 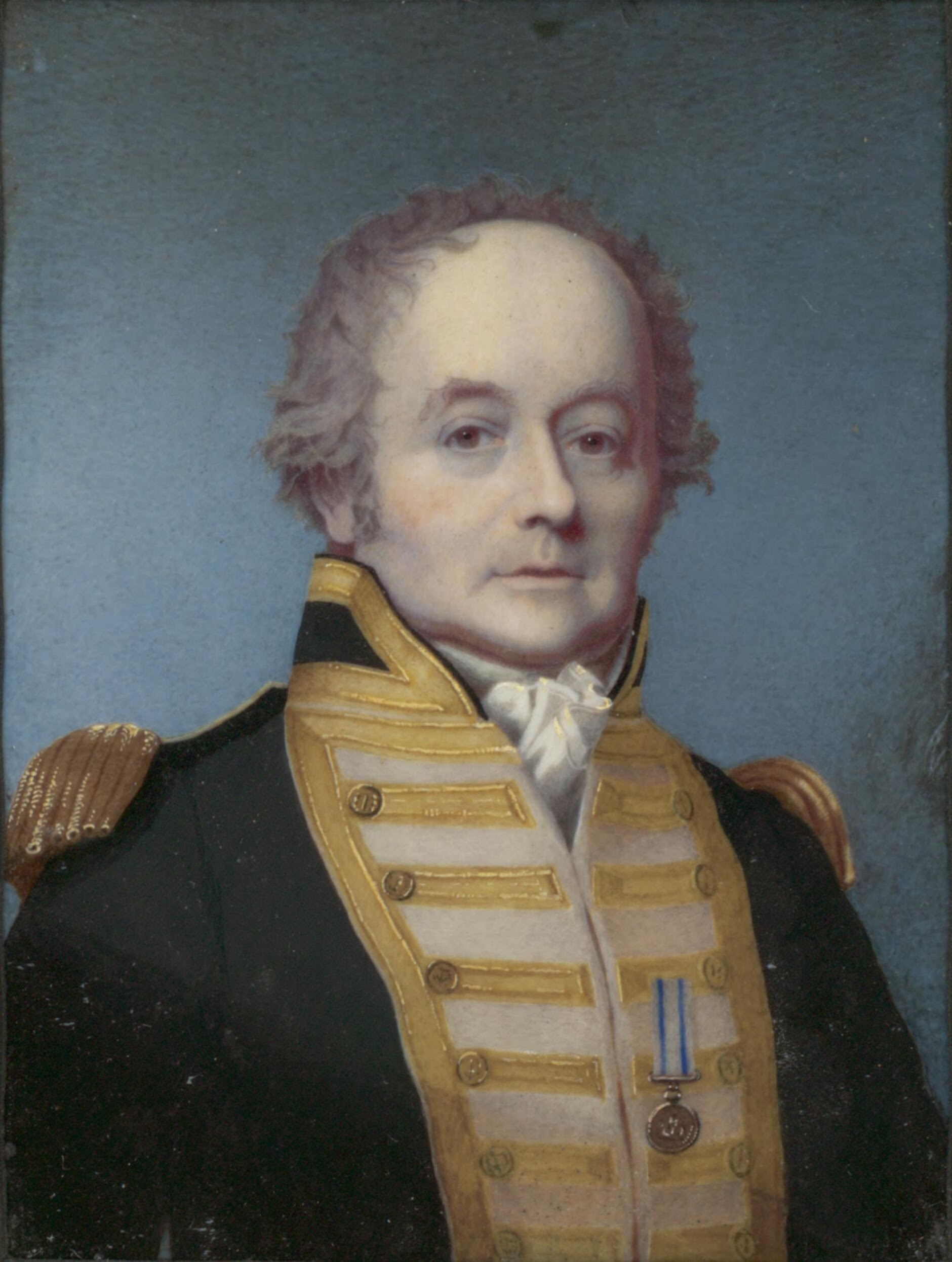 The National Tropical Botanical Garden's website offers a number of recipes here.
Posted by Bob Libkind at 3:19 PM No comments:

The farmer's market at The Piazza at Schmitt's held its second session today with 18 vendors, including 10 farmers and four bakers.

The market, directly sponsored by the rental apartment complex's developer, Tower Investments, is the only farmer's market in the city I know of which not sponsored or affiliated with either Farm To City or The Food Trust.

Kyle Perry, a hospitality industry veteran who has volunteered with The Food Trust for the past three years, thinks the easy availability of free off-street parking, across Germantown Avenue from the Piazza, should help it become a "destination" as well as a neighborhood market for Northern Liberties and Fishtown residents.

Root vegetables, of course, dominated at the produce stands, but leaks could still be obtained, also, at Livengood's and Culton's Organics. Earl Livengood, who hangs out the Reading Terminal Market and Clark Park during the season, said he's still got two rows of leeks to harvest back at farm on the outskirts of Lancaster, so expect to see them at least for another week, maybe a bit longer. Storage apples were also available from a number of the farmers, along with some cold weather greens. Culton was also pushing his organically raised quails. 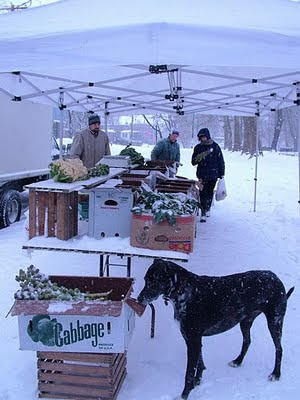 It may have been cold enough to shiver, and the snow may have eventually piiled two feet high, but that didn't stop vendors and customers from trudging to the Clark Park Farmers' Market Dec. 19.

Jon Glyn, who manages the market for the Food Trust and supplied the photo at right, reports five vendors, including one from Bradford County and two from Lancaster, made the snowy trek to the year-round Saturday market.

They included Earl Livengood (whose brussels sprouts are veing investigated by a neighborhood pooch in the photo) of Lancaster, Slow Rise Bakery of Lancaster, Hail's Dairy of Wyalusing in Bradford County, Urban Girls Produce, and Honest Tom's Taco Truck.

Paul Hail, according to Glyn, left his dairy farm in the north central part of the state to beat out the storm, arriving at Clark Park at 4 a.m., pulling out his sleeping bag to get some Zs before the opening bell. Brian Hernon experienced a fender bender (literally) in driving in his baked goods from Lancaster, but no one was hurt.

Honest Tom brought along a firepit. To fuel it, he and Gina Humphreys of Urban Girl gathered what firewood could be found in the park. Earl Livengood donated to chestnuts to roast along the edge of the fire, passing them out to customers.

The Food Trust's farmers' market staff prides itself on showcasing the best of local produce. As Glyn quipped about that day, "Even our firewood's local"
Posted by Bob Libkind at 5:55 PM No comments:

Over in Northern Liberties, Saturday marked the debut of the farmers' market at the Piazza at Schmidt's.

Earl Livengood and Tom Coulton were among the Philadelphia farmer's markets regulars who made it for the opening. Among the other purveyors, one new to me was M&B Farview Farm of Hamburg, which raises beef cattle (including Charlolais and Black Angus), Tamworth and Old Spot pigs, Oberhasli, Nubian and cross-breed goats (for milk and meat).

I didn't make it this past Saturday, but the Piazza folks say nearly two dozen vendors will make it this Saturday, including a bunch who sell at the May-December Headhouse Square market. On the list:

Posted by Bob Libkind at 5:45 PM No comments:

Get Ready for Mardi Gras

The addition of Beck's Cajun Cafe to the Reading Terminal Market brings a celebration of Mardi Gras next month.

Becks will be supplying the food, including a giant pot of gumbo, with proceeds to benefit the New Orleans Area Habitat for Humanity. A highlight will be the cutting of a King Cake at 1 p.m.; whoever gets the piece with the baby wins a prize.

Now, if only someone would supply some Fastnachts, so we can enjoy Fat Tuesday in Pennsylvania Dutch fashion. During Dutch Country Meats brief tenure at the market a couple of years ago they brought in some Haegele's Bakery in the Northeast.

Speaking of Haegele's, I just came across some interesting blog pages of photos and info about this 80-year-old landmark. To see them, visit The Dusty Cellar.
Posted by Bob Libkind at 2:39 PM 1 comment:

A one-pound pack of strawberries for $9.99? Get used to it, at least for the next month or so.

The freeze in Florida and heavy rains in California are taking their toll on off-season winter produce. At Iovine Brothers Produce at the Reading Terminal Market today, the clamshells of Driscoll California strawberries were as expensive as I've ever seen them, $9.99.  In late January and into February, Iovines frequently features strawberries from Plant City, Floriday, at bargain prices, typically $1 or $2 for a one-pound pack. Don't expect to see them anywhere near that price this winter. The Florida freeze hasn't yet impacted citrus prices but Vinnie Iovine expects they'll start heading north over the next week or two. He's even, for all practical purposes, out of leeks! About one-third of Florida's total winter fruit and vegetable production has been lost to the freeze.

The Dutch and other growers will take up some of the slack for some of the items, but they'll be priced to reflect the shortages caused by natural phenomena. Chilean fruit isn't expected to be heavily affected, since most of what they grow isn't duplicated during winter in California and Florida, but even the Chilean grapes have been dear, with better quality bunches selling for upwards of $4.99, though some smaller Chilean seedless grapes could be had for $1.99 today.

Vinnie expects his display bins of specials will be heavy on the root vegetables, rather than fruit, in coming weeks.

Supply, demand and inventory hold their sway over fish prices, too. At John Yi today the mackeral was selling for $1.99, vs. $2.49 yesterday -- they gotta move it before it becomes too old. Meanwhile, Golden priced mackeral today at $2.99. A similar price discrepancy could be found in sardines: $4.99 at John Yi and $1.99 at Golden; there was no discernable difference to my eye in size and quanity between the two fishmongers.

Crowds were thick at the RTM at mid-morning today. Partly that was due to the opening of the home show across the street at the Convention Center,  but also because of a soccer convention that ends today. Yesterday, DiNic's ran out of roast pork by 4:30 p.m., which Joe Nicolosi attributes to the soccer crowd.
Posted by Bob Libkind at 1:44 PM No comments: 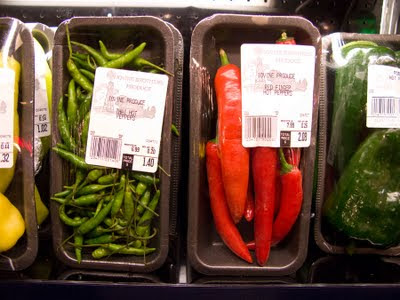 In one of the refrigerated cases by the checkout a couple weeks ago, I spied nine varieties of hot (from mild to extreme) peppers. This is in addition to the bell, frying and Italian long hots found in the produce arks. Alas, all were pre-packaged in trays. The varieties: Serrano, Red Finger, Green Finger, Anaheim, Banana, Poblano, Habnero, Chilaca and Thai. Prices ranged from $2.99 to $7.99/pound.
Posted by Bob Libkind at 10:58 AM No comments:

Email ThisBlogThis!Share to TwitterShare to FacebookShare to Pinterest
The Winter of Locavore Discontent

In case you haven't noticed, the Fair Food Farmstand has been importing a few items from quite some distance these days. Sea salt from Maine, oranges from Florida, salmon from Alaska.

The latest are root vegetables -- parsnips, carrots and rutabagas -- from Deep Root Organic, a coop of 18 farms in Vermont. In the stall's weekly newsletter, product manager Emily Gunther is at pains to explain why: Pennsylvania farmers are only starting to exploit cold storage techniques for over-wintering produce, and Deep Root is ahead of the curve. She also emphasizes that Fair Food will only sell produce from Deep Root that is unavailable from more local farmers.
Posted by Bob Libkind at 10:50 AM 1 comment: 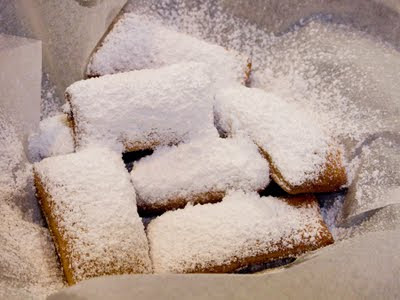 Yes, We Have No Beignets

Although my first sampling found them just fine, with a reasonably light texture, he's had problems since. In two subsequent tastings, the outside was impossibly crunchy and the interior hollow. Beck's tried to figure out what's wrong, but for the time being decided to forget about them. And all this after spending bucks on a heavy-duty mixer whose sole purpose was to prep the dough.

So, once again, the Reading Terminal Market will have to wait for a superior sweet fried dough.
Posted by Bob Libkind at 10:34 AM No comments:

With the doldrums of winter upon us, and an outside project that's demanded my attention (and will continue to do so for another couple of months), my blogging time is much reduced. But I'll be making amends, though it's likely to continue to be sporadic.
Posted by Bob Libkind at 10:27 AM No comments: