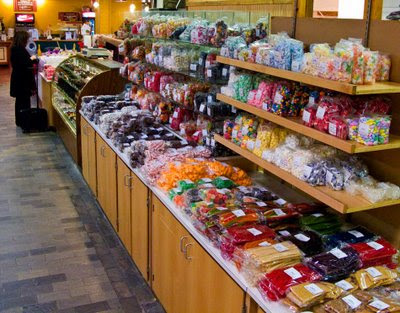 Lancaster County Dairy needs more space, Old City Coffee's adjacent stand is a jury-rigged mess. Solution: Old City reduces its footprint in a redesigned stall, making the operation more efficient (particularly important on a morning like today, when attendees and exhibitors from the crafts show at the Convention Center caused long lines). And Lancaster County Dairy gets the space it needs.
Posted by Bob Libkind at 4:03 PM