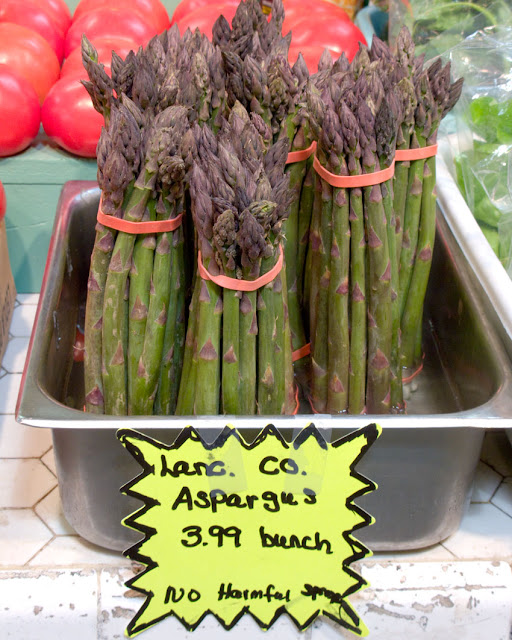 Ben Kauffman of Lancaster County Produce was selling his for $3.99 pound, but he only brought about two pounds to market and was sold out before 8:30 a.m. on Saturday. He had a more plentiful supply today, as shown in the photo.

Steve Bowes, the farmer who sets up his stall Fridays, Saturdays and Sundays in the piano court, offered his priced by the bunch, the price worked out to nearly double Kauffman's.

Expect to see more asparagus this weekend at the same stalls, as well as at the Rittenhouse Square and Clark Park farmers markets on Saturday. Maybe Fair Food will have some at the RTM as well. And, of course, Headhouse Square when that farmer market begins the 2011 season on Sunday, May 1.
Posted by Bob Libkind at 1:45 PM