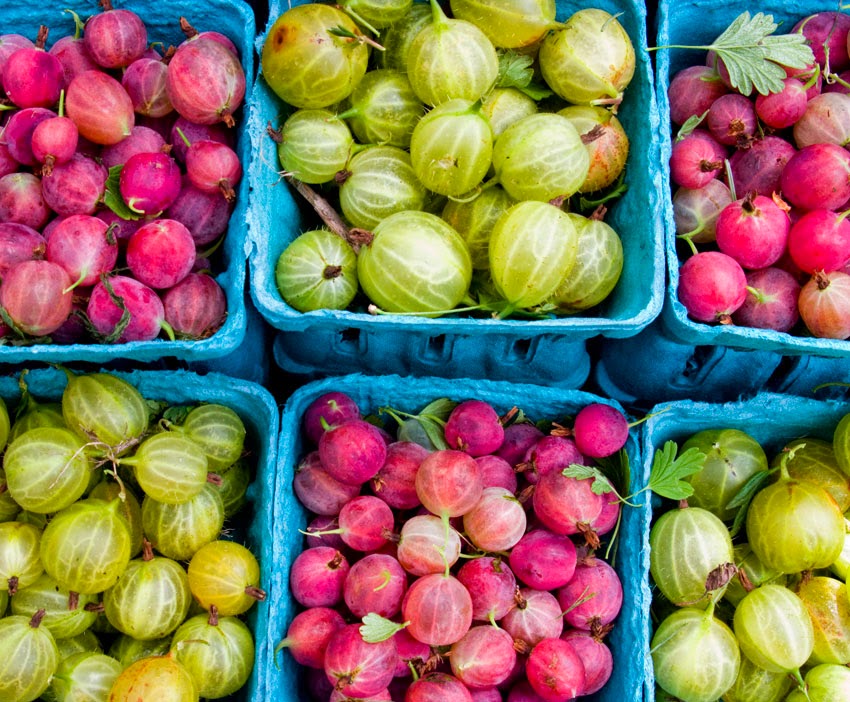 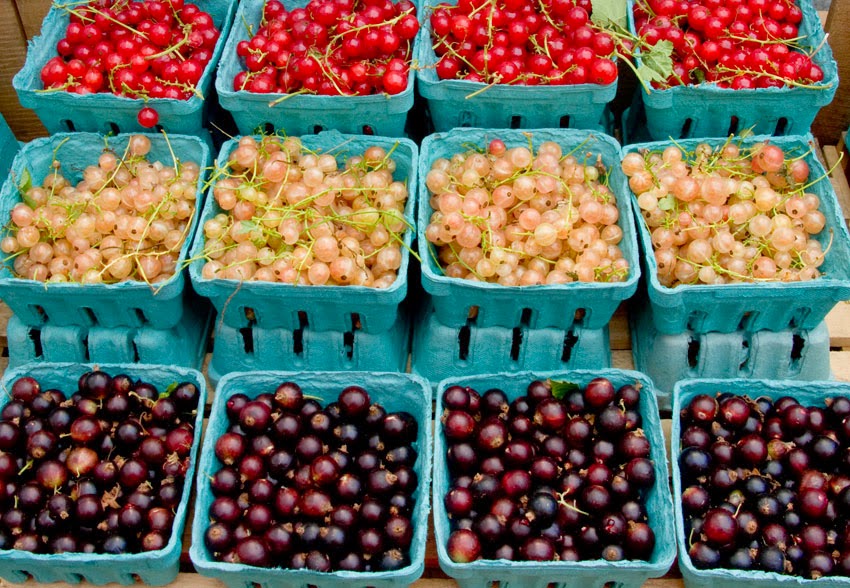 Two related fruits -- gooseberries and currants -- made their seasonal debuts at the Headhouse Farmers' Market today.

They represent the two main edible fruits within the genus ribes. (The dried currants you buy in a box for adding to baked goods isn't a currant at all: it's a species of grape.) Three Springs Fruit Farm offered gooseberries in two colors (top photo) and currants in three (photo at right) at today's market.

Gooseberries, particularly early season specimens, are best in jams, preserves and baked applications, becoming sweeter later in the season when they're more suitable for fresh eating. The red, pink and black currants can be used interchangeably in jams, preserves and baking, though the pink variety would be less attractive, to my thinking. The currants, in particular, are astringent so except when used to accompany savory dishes, they usually require sugar. In coming weeks we may see some jostaberries from Beechwood Orchards. They are a cross of currants with both American and European varieties of gooseberry.

Since I'm a sucker for most things Scandinavian, thanks to the Nordic heritage of She Who Must Be Obeyed, I may pick up some of the black currants next weekend to make Rødgrød, a pudding serverd with cream. The Danish classic requires cooking in some water, straining to remove the seeds, then bringing the juice and sugar to a boil, turning down the heat to a simmer to add either cornstarch or potato starch until it becomes a nice syrup. After chilling in individual serving bowls they are to be served with heavy cream, plain or whipped.
Posted by Bob Libkind at 5:26 PM