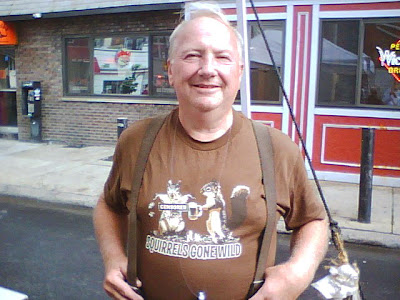 Garden notes: Just last week I cut back my chive pot to the dirt; the shoots are already six inches high! The sage is taking off, too.
Posted by Bob Libkind at 4:03 PM