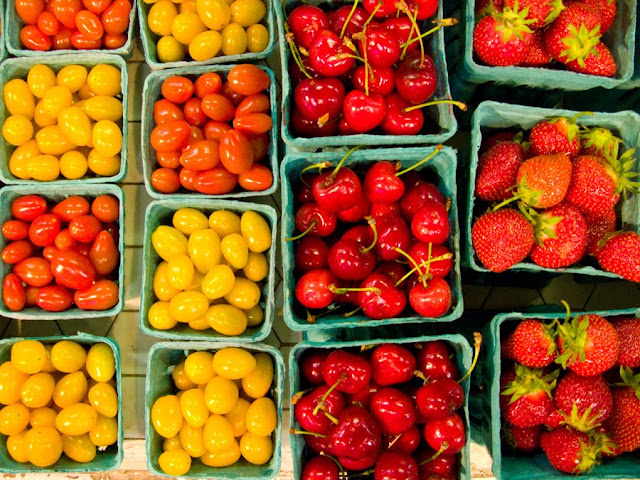 The cherries could be found today at Kauffman's Lancaster County Produce where proprietor Ben was selling pints for $3.95. His English peas, in the hull and snow peas were $3.90/pound, red new potatoes $2.95/pint. Over at the Fair Food Farmstand, snow peas, sugar snaps and English peas were $3.50/pint. You could save considerably on sugar snaps by walking over to Iovine's where they were $1.99/pound; although their provenance was not marked, the one I sampled tasted as about as fresh as what I've found in farmers' markets.
Posted by Bob Libkind at 1:35 PM