Just in time for the flu and cold season a plethora of citrus fruit has arrived, including at Iovine Brothers Produce at the Reading Terminal market. 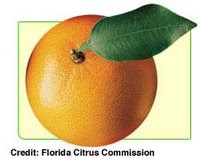 Florida juice oranges, Valencias and small navels were selling for 20 cents apiece. Sunburst tangerines continue to be eight for a buck. Among the grapefruits, larger pink and white grapefruits were two for a buck, small ruby three for a buck, larger Star ruby 99 cents apiece. Lemons and limes were both selling for 25 cents each, though O.K. Lee offered bags of limes (8 to a bag) for about half that price. In buying citrus, don't go by looks alone; instead, go for the fruit that's heaviest in the hand for its size.

Iovine's is also pushing imported berries. Half-pint clamshells of Argentine blueberries and Mexican raspberries could be had for a buck apiece. More attractive, to me, were the California brown figs, $1.99 for a box of about eight.

With Thanksgiving approaching, string beans are in demand, and Iovines featured bins of crisp fresh ones for 89-cents a pound.

Even though it's still autumn, John Yi must think it's spring. You could buy small whole shad there for $2.99/pound. In a few weeks we should start to see a wider variety of fish as Yi and the RTM's other fishmongers stock up for the holidays.