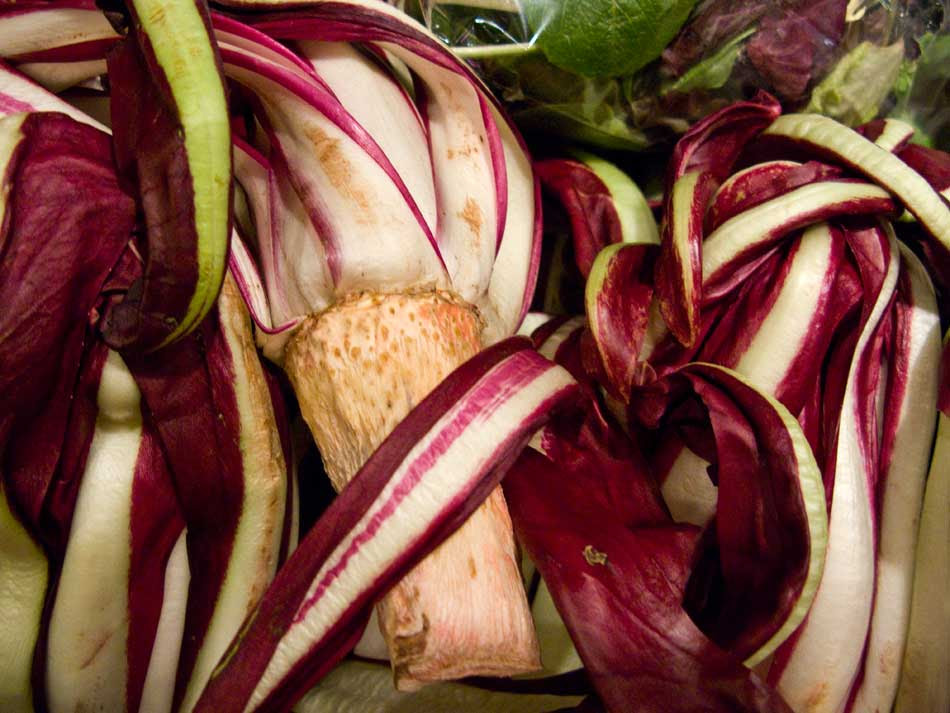 Last February I wrote about Tardivo, a variant of Radicchio di Treviso that I found at Iovine Brother's Produce at $22/pound.

This year the Reading Terminal Market and Iovine's are dedicating an entire festival to Radicchio di Treviso. Or at least 45 minutes worth of festival.

The program, to be held a week from today in Center Court beginning at 11 a.m., will include a brief Iron Chef-like cookoff among local chefs.

Christina Pirello of Christina Cooks (a national PBS show produced by WHYY) will serve as emcee of the event. Among the judges will be Anna Maria Florio, owner and operator of  La Cucina at the Market. Samples of the radicchio will be available at Iovine Brothers Produce.

How to use this bitter veggie, a descendant of chicory?  You could wilt it in sautéed onions and use it in pasta or, without the onions, fold it into a risotto at the end of cooking; blanch it in a water-vinegar mix spiked with bay leaf, salt and peppercorns, then marinate it overnight in olive oil and serve as a salad, garnished with chopped hard boiled egg; prepare a fritto in a thin beer batter; or, do as McDonald's does, and add a few pieces to a mixed salad.
Posted by Bob Libkind at 2:12 PM