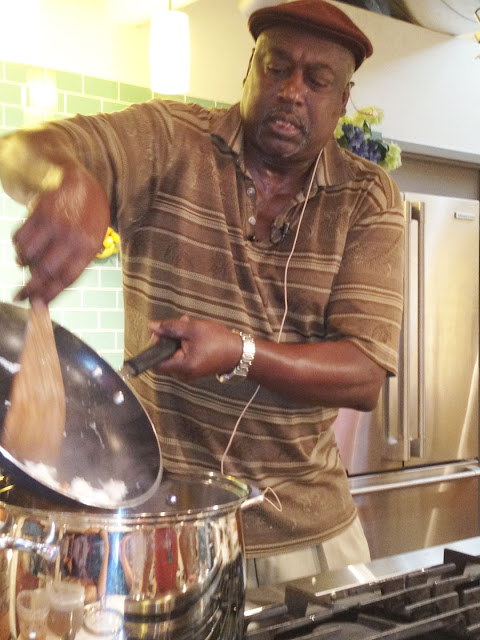 Gary 'Sarge' Matthews, Phillies broadcaster, will probably be remembered more for his playing days (MVP of the NLCS for the 1983 Phillies) than his cooking, but he's no slouch in culinary matters.

The seafood chowder he prepared last week at La Cucina at the Market was tasty, filled with shrimp, crawfish and lots of king crab meat. His only regret was not enough cooking time to let the cream thicken the soup, which he served in bread bowls. The most useful tip I gained from watching him work: spread some grated cheese in the bottom of the bread bowl and stick it in the oven: it prevents the bowl from becoming too soggy.
Posted by Bob Libkind at 12:32 PM