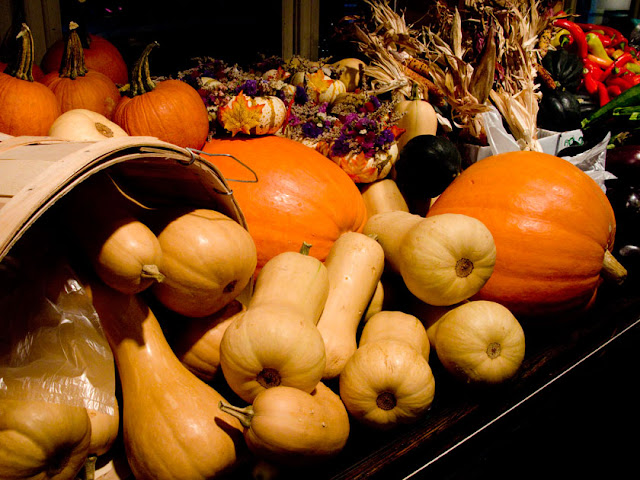 Pumpkins and winter squash filled a market cart at Iovine Brother's Produce by one of their Reading Terminal Market checkout lanes. The cart is alongside the Filbert Street (Harry Ochs Way) windows until Tuesday, when new refrigeration units for mushrooms and other items are installed.

Produce from warmer climes made its way to Iovine's shelves this week, too. It's the end of the season for citrus fruits in South Africa, so the Iovine's are selling large, juice-laden Mineola oranges at three for a buck.

Dragonfruit from tropical lattitudes and prickly pear (cactus pear) from the arid deserts of the southwest U.S. and Mexico also made their appearance this week, as in photo below. 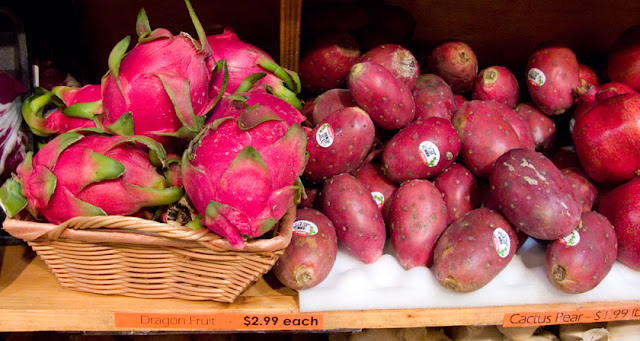